Sign up with your email address to be the first to know about new products, VIP offers, blog features & more.

It’s important to understand that – like most things – we can represent things (including organizations) using multiple maps, all equally valid – and all useful in the right context. Here are three maps of Los Angeles (topographic, freeways, rail lines): 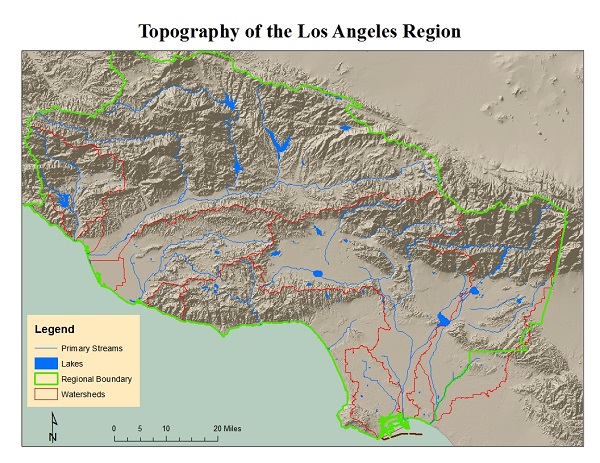 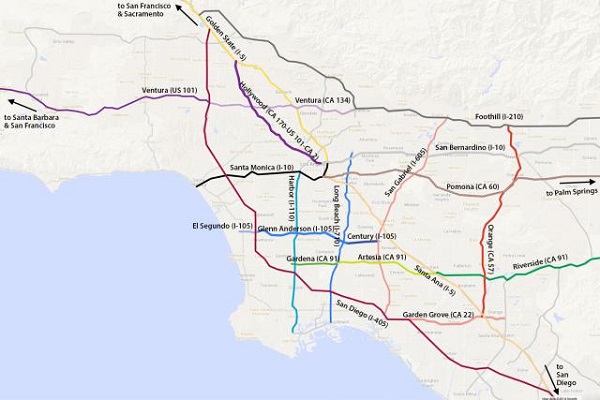 Foundationally, there is the map of the explicit power within the organization – I think of this as “who can fire who.” It’s represented by the typical hierarchical org chart. Everything in the organization intersects this map – because people want to keep their jobs or advance, and the relationships in this map will determine whether they do or not.

Next, I might map the flow of value within the organization – where is value created? How does it flow? Who touches the work, and does their action add value to it? This isn’t just true of organizations that deliver work in the form of physical goods – although it’s easier to visualize in those cases – it’s true of every organization. Lean management typically focuses here.

Approaches to organizational improvement may be based in one map (value for lean, etc.) but must always be aware of and interact with the others.

Too often, we say we want to optimize (as an example) the flow of value (how the organization makes money), but we wind up optimizing the flow of power instead.

We can’t get away from power maps, but by making the flow of value transparent, and building consensus on what that map looks like – making sure there’s agreement among the stakeholders on this – means that the value map will at least be seriously considered.

And that, after all, is what we’re about.

The Problem of Management In Reaching Agility

@Robert4787 Jesus, is anyone with an IQ above room temperature surprised? _We_ armed the earlier round of insurgents against the USSR...
2 years ago
RT @nntaleb: TRADERS LORE: life is about the increment. When one takes a hit, suffers a personal/collective setback, must not look back. Lo…
2 years ago
RT @philoso_foster: A lot of students don’t know what “office hours” are, and assume it’s limited time for you to be working (which feel gu…
2 years ago
@KrampusSnail @IDoTheThinking @jillstewart @KevinKileyCA So you haven't read the regulations...
2 years ago
@KrampusSnail @IDoTheThinking @jillstewart @KevinKileyCA Great; two McMansions instead of one with a yard. That's a… twitter.com/i/web/status/1…
2 years ago
→ Follow me